The Geowave is a metallic wave that harmonises telluric disturbances and electromagnetic waves, reduces stress, strengthens the body's energy and improves the quality of the environment.

GeoWave® is a patented high-tech product whose biological effects have been demonstrated by recognised methods
scientifically and by numerous studies published
in European scientific journals.

It is used in hospitals, nurseries, offices, homes, shopping centres....

nelly grosjean, a major figure in holistic health and founder of Biossentiel,
has tested the Geowave and tells us in this video about the immediate effects she has experienced
.

how does the Geowave® work?

The fields released by the "GeoWave®" harmonise and help to maintain an energetic correction of the room atmosphere.
In our scientific study "Influence of geopathological disturbance zones on the autonomic nervous system: Evidence using ECG and potential compensation" presented on 31 March 2003 in Salzburg.
The scientists were able to establish significant differences in the variations of the heart rate level in people tested in neutral and disturbed areas with and without the GeoWave® "wave".
The reaction of people to stress in disturbed areas was harmonised (decreased) by the effect of the "wave". 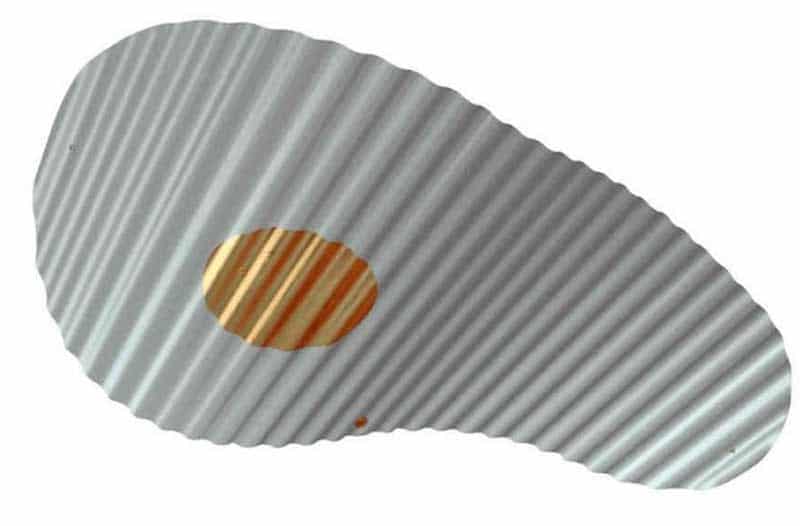 The GeoWave® has been in use since 1997. At first, it was only used in hospitals, doctors' practices and public buildings. In March 2003, a team of scientists from Vienna and the city of Salzburg published a study on geopathic disturbances and the harmonising effect of the "wave" and made it available to the public.

the effects of the Geowave

GeoWave® acts as a shield against electromagnetic and geopathic disturbances.

Due to its shape and specific composition, GeoWave® has an action that allows:
- not to enter in resonance with these disturbing telluric and electromagnetic fields
- to reinforce the energy of the organism to improve the quality of the space
to harmonize the zones of geopathic disturbances for the wellbeing of the human beings, the animals and the plants

Dr. Gerhard W. Hacker, President of theresident of the Research Institute for Frontier Issues in Medicine and Biotechnology (IGGMB) of the University Clinical Regional Hospital in Salzburg (Austria)

The GeoWave improvesimprove well-being, gives most people a boost of energy
the body and reduces stress.

Geowave can have a positive influence in a healing process,
on the hormonal system and on the body's defences.

"In our building, we have about 50 GeoWave® waves to reduce the amount of water we use.’influence of stress areas. »

Where can the Geowave be used? 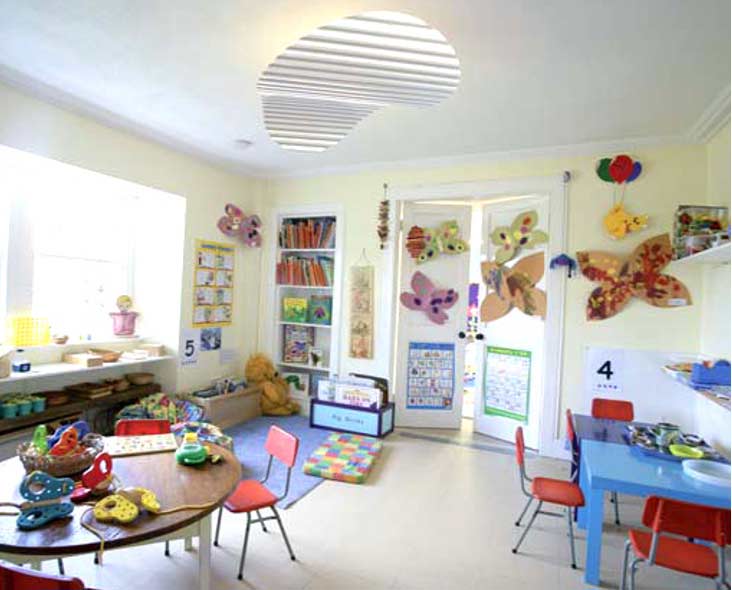 For whom the "wave » GeoWave® valid for?

The "wave » is valid for private individuals as well as for companies and institutions.

Is the GeoWave® made from a single piece of metal?

No, the "wave » is a patented product that is made of an alloy of’aluminium and other minerals, carefully defined and adapted to a particular shape.èshape. This plate is then specially treated.e.

Can the GeoWave® be installed by the customer?

The wave is veryès simple to install. However, the best location must be determined before it is mounted. The "wave » must bebe installed on aThe "wave" should be installed on a "neutral zone "(undisturbed without water veins and faults).(undisturbed without water veins and faults). You can either send us a plan of your house or ask a geobiologist. We can give you the contact of the geobiologist closest to you.

Where should you ride the GeoWave®?

L’wave" effect » spreads in a hemispherical form around the area and over several floors depending on the model.

How does the GeoWave® work?

The fields released by the "GeoWave® " harmonize and contribute to maintain an energetic correction of the’atmosphereès atmosphere.èce.

Can the GeoWave® cure diseases?

What size GeoWave® is right for me?

The "GeoWave ®» is usually available in 4 sizes in GOLD and ALU. The size depends on the surface to be harmonised and necessarily on the type and size of the surface.’intensityof the geopathic disturbance.èsion. 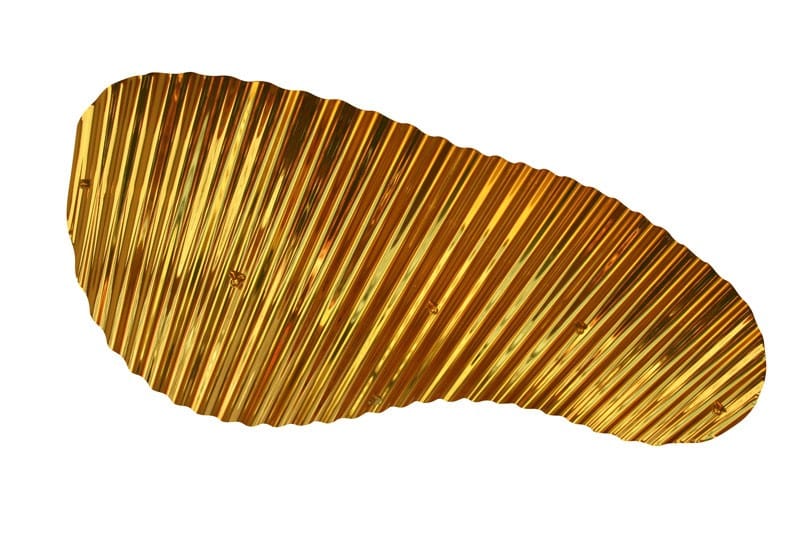 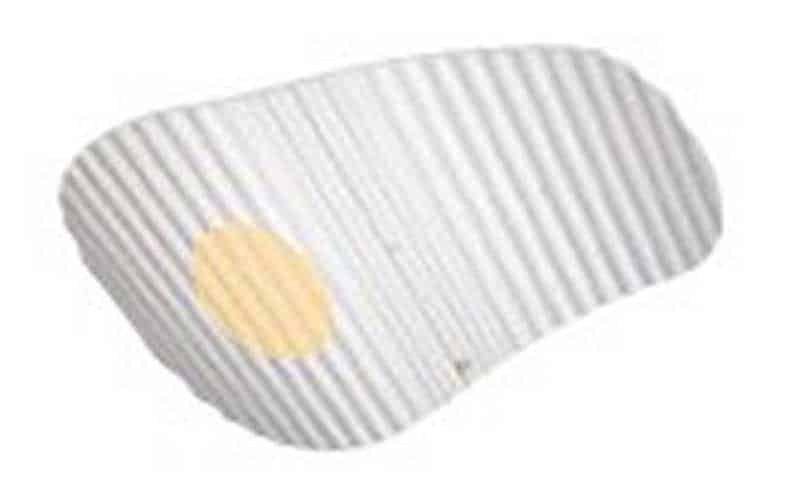 Range of action of the different GeoWave® models 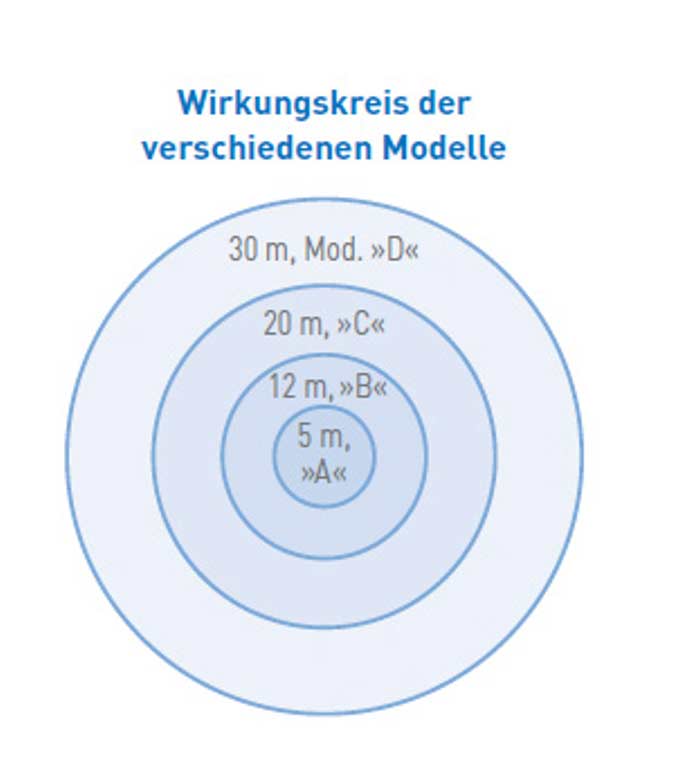 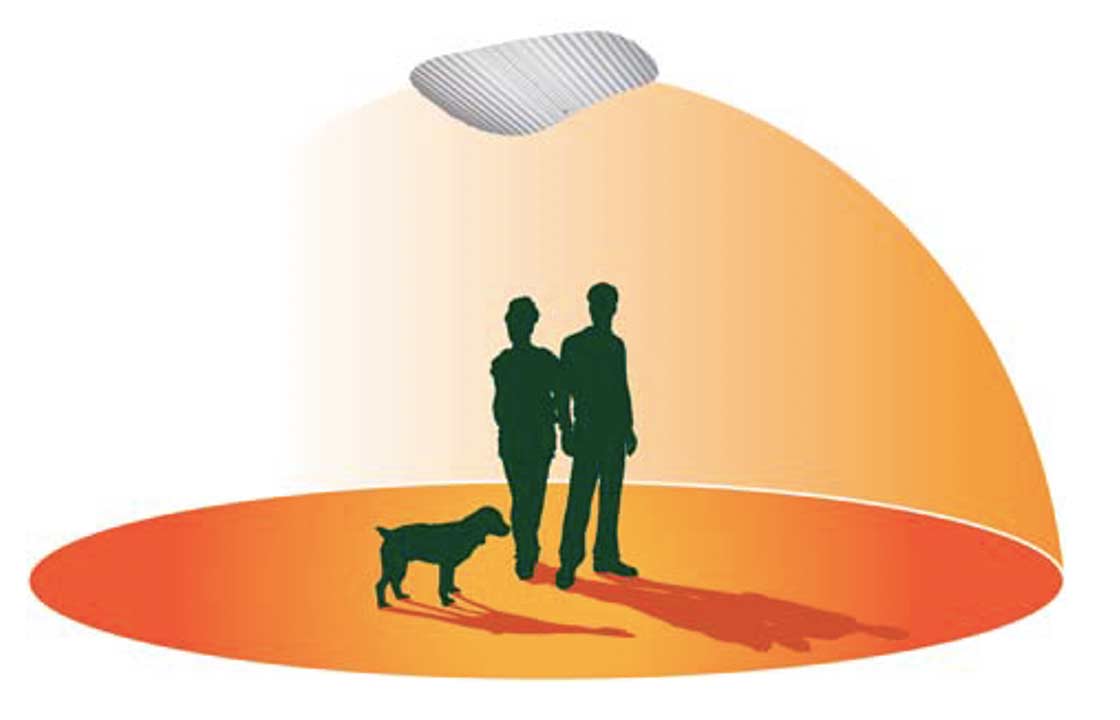 History of the GeoWave® "Wave

It all started with Adolf Wiebecke from Oberalm (Austria) who designed the form. It was designed to be used primarily in hospitals to improve conditions for patients during anaesthesia. He started installing them in the Salzburg hospital in Austria.
Patients have said in interviews: "I feel like I'm on holiday here! This has been the subject of much research and various measurements establishing that this "good atmosphere" created in the rooms, produces a particular harmonising effect.
First of all, everyone recognises that there is a strong difference in the atmosphere in rooms where the "wave" is mounted on the ceiling compared to other rooms. A lot of research was done before defining the best wave shape to adopt in order to produce an optimal effect.
Initially, GeoWave® "waves" were only installed in hospitals, infirmaries and public buildings. In March 2003, a team of scientists from Vienna and the city of Salzburg published a study on geopathic disturbances and the harmonising effect of the "wave" in order to make it accessible to the public.

Years of experience
Numerous "waves" have been installed since 1997 and are regularly monitored. The recorded data clearly show that the harmonising effect of the environment continues to last even after many years.
Numerous activities carried out by the "GeoWave® Research Group"
Research, analyses and measurements on geopathic areas. Measurements and analyses of the energy fields of people and materials.
Analysis and integration of compensatory measures to harmonise geopathic and energetic disturbance zones.

Dr. Gernot Pauser, Chief Medical Officer of the St. Johanns Hospital in Salzburg: "In our building we have about 50 GeoWave® waves to reduce the influence of stress areas.

by continuing to browse our site, you agree to our use of cookies and trakings for statistical and analytical purposes. acceptreject read more
Manage consent

This website uses cookies to improve your experience while you navigate through the website. Out of these, the cookies that are categorized as necessary are stored on your browser as they are essential for the working of basic functionalities of the website. We also use third-party cookies that help us analyze and understand how you use this website. These cookies will be stored in your browser only with your consent. You also have the option to opt-out of these cookies. But opting out of some of these cookies may affect your browsing experience.
Necessary Always on
Necessary cookies are absolutely essential for the website to function properly. This category only includes cookies that ensures basic functionalities and security features of the website. These cookies do not store any personal information.
Non-necessary
Any cookies that may not be particularly necessary for the website to function and is used specifically to collect user personal data via analytics, ads, other embedded contents are termed as non-necessary cookies. It is mandatory to procure user consent prior to running these cookies on your website.
Save & Apply